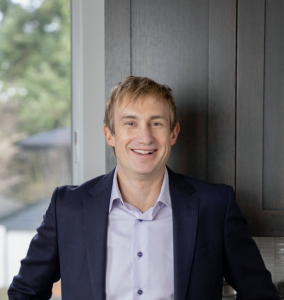 Dustin has been working in the real estate industry for over 17 years. He has extensive knowledge and experience in the acquisition and sale of residential, commercial, and developable real estate, site feasibility, bankruptcy trustee liquidation, valuation, and real estate finance.

In 2002, Dustin began working in the finance industry and soon built up a large book of business and opened his own company. He was later acquired by a major lender and began focusing on financing land acquisitions and assemblages for large plat and infill urban developers. His business was centered in the Seattle area, but also serviced several west coast states.

After many years in finance, Dustin transitioned into real estate and brought his innovative and solution based approach to real estate as a broker. He entered the market during the Great Recession, welcomed the challenge, and soon became one of the top 1% of real estate agents in Washington State. He holds his license at Windermere Capitol Hill.

In the office, you will see Dustin at his whiteboard continually looking for new and creative ways to bring value to his clients and his team, negotiating complex deals and reciting that this business is built on the foundation of doing simple things day in and day out, consistently. Dustin is progressive, dependable, and client-focused.

Dustin graduated from Willamette University in 2002 majoring in Economics. He was nominated as a young business leader for Washington State and is a Green Genius Award winner.

Dustin currently resides in North Capitol Hill with his wife,  twin girls, dog, and cat. In his free time, you will see him behind a running stroller, enjoying Volunteer and Interlaken park, and competing as a Category 1 elite bike racer.